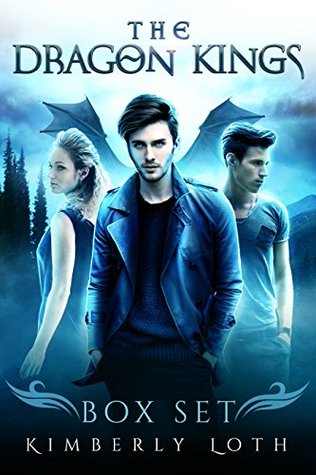 I sort of enjoyed the first two books in this series despite the many, many, many holes in the plot... Aspen and Sid were good together for the most part. Although Aspen's I hate you, I hate you, nope now I would die for you was enough to give you whiplash.

One second she hates him and the next she loves him without any explanation (or character development) leading to the change. Despite this and many other plot flaws I was kind of enjoying the series enough to keep reading.... UNTIL

Ok here is the rant... Hazel (who's name was Sissy in first two books without any reference—that I remember—about her real name. This made her introduction awkward and confusing at first until the light bulb finally went on and I was LIKE OOOOHH that's Rowen and Aspen's sister NOW I get it.) anywho, she was a selfish spoiled little bitch. After supposedly falling in love with Val on the plain she goes home with another man??? and sleeps with him in the first 24 hours after she leaves the man she is supposed to be in love with??? WTF? I was willing to forgive her for this despite the numerous ways she annoyed me with her I don't do commitment BS... but when she goes off with Paul to try and have sex after finding out Val was a dragon—no she doesn't actually have sex with him, but it still shows she's spoiled and a cheating bitch—I was done and almost didn't read long enough to find out she only kissed him.

Her need to use men to get over her supposed hurt from a summer love gone wrong was fucking ridiculous. Yeah I get it, love thrown back in your face sucks but using people isn't okay. Not for men or women. Stringing them along and acting like they matter then basically treating them like crap proves she is a shit person and nothing else. I really hated her...like wanted her to die kind of hated her. When they gave this supposedly ominous prophesy that didn't make a lick of sense and said she might die, I was like good. That's fucking great. Val deserved so much better than her.

I loved Rowen and Skye they were so cute but by the end of the book I was over the whole she can't love him bit. Then it was like oh here I can fix it... Not that I minded that she was able to love him but I felt like this needed to happen much sooner and maybe more organically.

Also the rampant deaths that were needless annoyed me. I get that it was a war starting but killing of whole species seems a little extreme especially since there was no build up other than a five like prediction that some random character gave mid book.

I found myself predicting shit long before it happened in this one and knew from the get go that Kington (or whatever his name was) was going to be bad likely from foreshadowing from other books. Still I liked this couple and didn't want them to die. Loved Rowen he was pure of heart and loved Skye so much.  She was childish and a little confused throughout the book IMO which got a little tedious. all in all this book was more like the first and second books so I continued to read this series just because I wanted to see how the author wrapped it up...

Read to about 60% then skipped to 85ish% because I was fucking bored... it was just too much BS the whole president ready to kill the dragons and the lame as hell prediction and the lack of sense I could make of the plot that seemed to bounce around and led me in confusing directions which never got explained...then all the fire dragons died...and all the canyon dragons, and all the arctic dragons died but hey the witch is dead. Yippie. I didn't get the way she ended everything. I didn't like that Skye and Val lost their dragons because I felt like it was a lame choice....all in all I really hated this wrap up...mostly because to me it didn't wrap anything up. It just killed off nearly everyone and left me with a bad taste in my mouth because Hazel survived...and Runa died....

uggg yeah, for me this was a 3 star or a NEPE
Posted by Michelle Woods at 9:44 PM No comments: