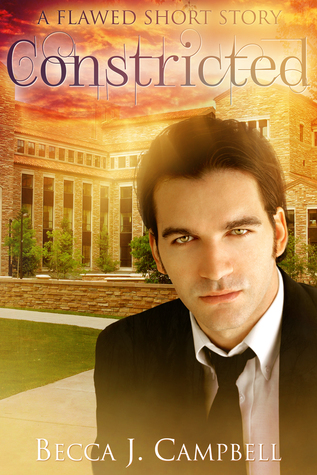 This was another great book from Becca Campbell. I enjoyed reading about Logan's point of view. Although it was a very short read I liked the book.

I Liked leaning about how Logan chose to stay with Jade and about his problems with other people closing him in.

I would say that the only thing I didn't like was that it didn't really go into his time with Jade and a I would have like to see more of Logan's POV with some of the scenes with them together. I felt that was lacking as there were only one where he sees her with Cam. I did like getting a understanding of his relationship with Violet and how that effected him. It was interesting to learn more about Logan.

I would say that I felt that there could have been a lot more to the story than what there was. It would have been nice to see how he responded to her in danger like she was and the whole running though the cave to find her. This was a well written story that did give you a better insight into his character though...

For me it was a SEPE or 4 star only because I was left wanting to know more about his feelings with Jade and his reactions to her in danger...otherwise another hit by Campbell!
*ARC received in exchange for honest review

Ps: If you haven't read her first title Empath this book will seem lacking.
Posted by Michelle Woods at 1:59 AM