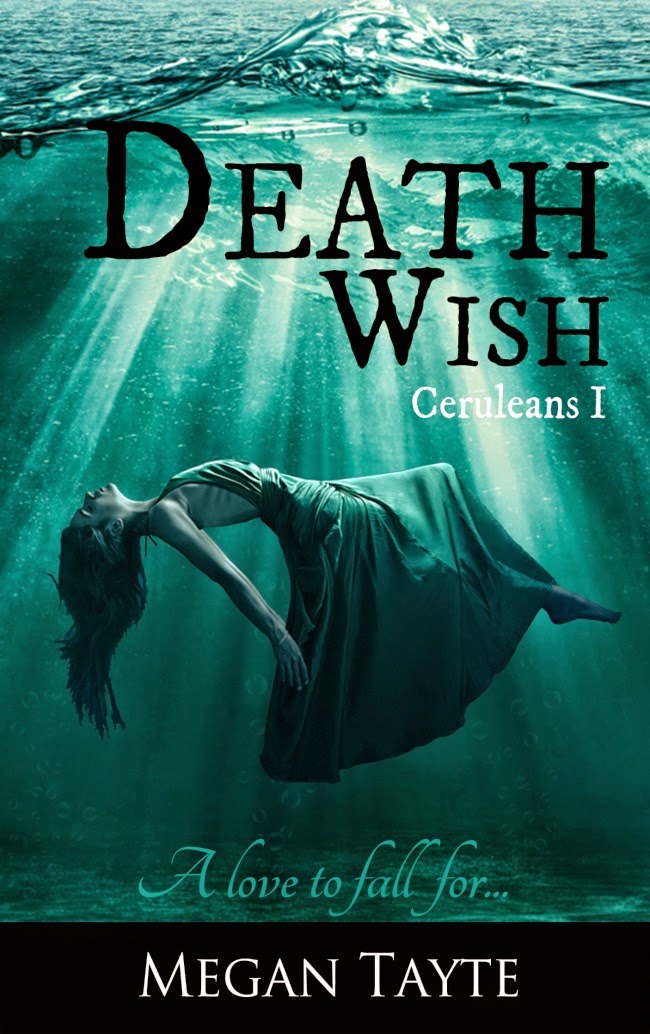 
Received a copy of this title in exchange for a honest review.

This one was a good read, but...
It was captivating and yet I felt that (Likely because it is a series) the story was a bit confusing and that the information leading up to the discovery that she was a Cerulean was a bit slow. I think these feelings are because this is the first book in the series and we are just discovering who Scarlett is.

To the book...humm...well we start with Scarlett Blake in the water trying to die...okay not really she was trying to surf with no experience as a way to console herself over what was believed to be her sisters suicide. Only she gets saved by our hero Luke Cavendish.

She's embarrassed that she ends up needing his help and when he makes her promise not to surf again she agrees knowing full well she will do it again. Then he ends up finding out and offers her lessons which she decides to do and so the romance begins...

Then enters a strange boy named Jude. Who seems to be torturing a rabbit...in a graveyard? This guy would have had me running away at every opportunity but she seems to be attracted to him at first. She does however choose Luke and they are good together. One of those couples who just get each other without a lot of work or effort.

Another thing that bothered me about this book was the way the author sometimes seemed to lose something...not sure what but when Scarlett remembers things it's like thoughts are thrown at the reader in an odd way at times...for me this broke the story a bit. Yet, I still liked the book...oddly.

Now on to the weird...she helps a deer pass on and heals a boy and then tries to heal a dying man and lastly actually heals Luke but almost dies in the process and in walks Jude (the mystery that surrounds him left me a bit confused.) She discovers from Jude that she is an Angel or a Cerulean who could heal with a light that comes from her hands. The odd boy that she met in a graveyard of all places tells her she is dying and that she will chose death because of her (still alive? but dead) sister...huh not sure where this is going.

The whole story seemed to be leading up to this strange Cerulean reveal which only left me more confused by the whole explanation... Now I will have to read the next book just to discover what the heck is going on because at the moment it feels like I don't know anything about this book...(Which I normally hate...not a series kinda girl. I wanna know whats happening now not later, but I liked the book anyway)

So for me this was an SEPE or 4 stars... because the book ended with such a large portion of the book unrevealed is likely why I am giving it a four stars. (again I hate those wait till next time books. I want answers now now now not later...)

Once upon a time a little girl told her grandmother that when she grew up she wanted to be a writer. Or a lollipop lady. Or a fairy princess fireman. 'Write, Megan,' her grandmother advised. So that's what she did.

Thirty-odd years later, Megan writes the kinds of books she loves to read: young-adult paranormal romance fiction. Young adult, because it's the time of life that most embodies freedom and discovery and first love. Paranormal, because she's always believed that there are more things in heaven and on earth than are dreamt of in our philosophy. And romance, because she's a misty-eyed dreamer who lives for those 'life is so breathtakingly beautiful' moments.

Megan grew up in the Royal County, a hop, skip and a (very long) jump from Windsor Castle, but these days she makes her home in Robin Hood's county, Nottingham. She lives with her husband, a proud Scot who occasionally kicks back in a kilt; her son, a budding artist with the soul of a paleontologist; and her baby daughter, a keen pan-and-spoon drummer who sings in her sleep. When she's not writing, you'll find her walking someplace green, reading by the fire, or creating carnage in the kitchen as she pursues her impossible dream: of baking something edible.